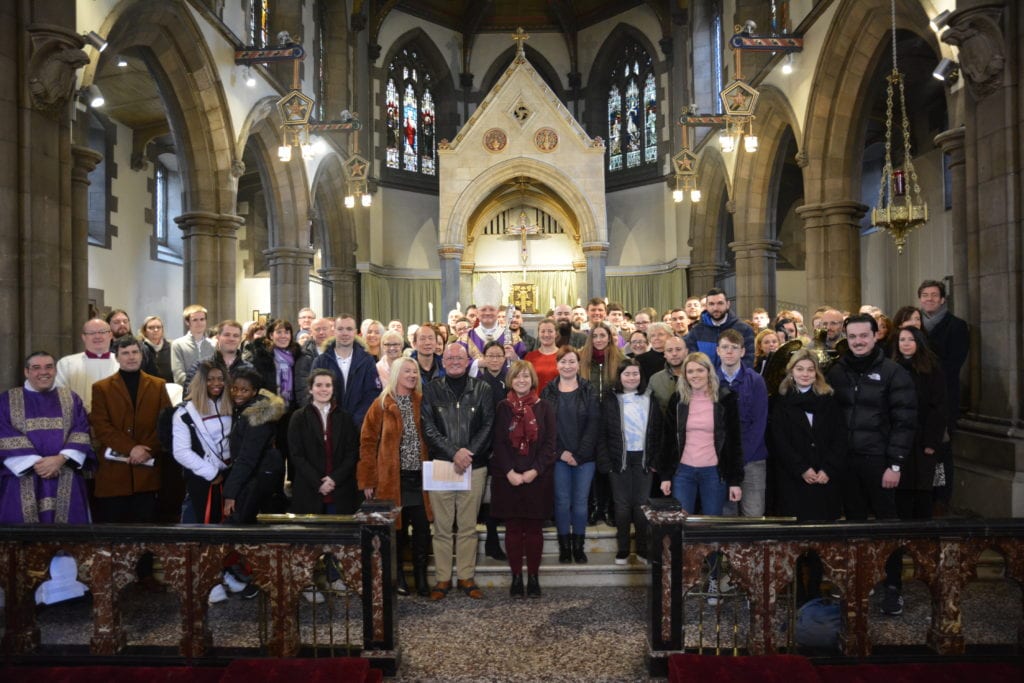 Here are some of the many people who "eagerly" look forward to becoming Catholic in our Archdiocese this Easter.

They gathered on Sunday at St Mary's Catholic Cathedral in Edinburgh for the Rite of Election, the final stage in the Rite of Christian Initiation of adults.

Present were 29 catechumens and 32 candidates. The former are those who are not baptised, the latter those who are baptised and now preparing to be received into full-communion with the Catholic Church. As part of the ceremony during Mass, they were asked about their desire to become Catholic, as were their God parents/sponsors.

Archbishop Cushley said: "These people looked forward eagerly to celebrating the Easter mysteries and joining us in the Catholic Church. This was a joyful, moving and encouraging event. It's a reminder to Catholics of the great privilege we have already to be able to receive the Lord's body and blood."

They will become Catholics at Easter Vigil Masses across the Archdiocese on Saturday 11th March. Please keep each of the candidates and catechumens in your prayers during this season of Lent.