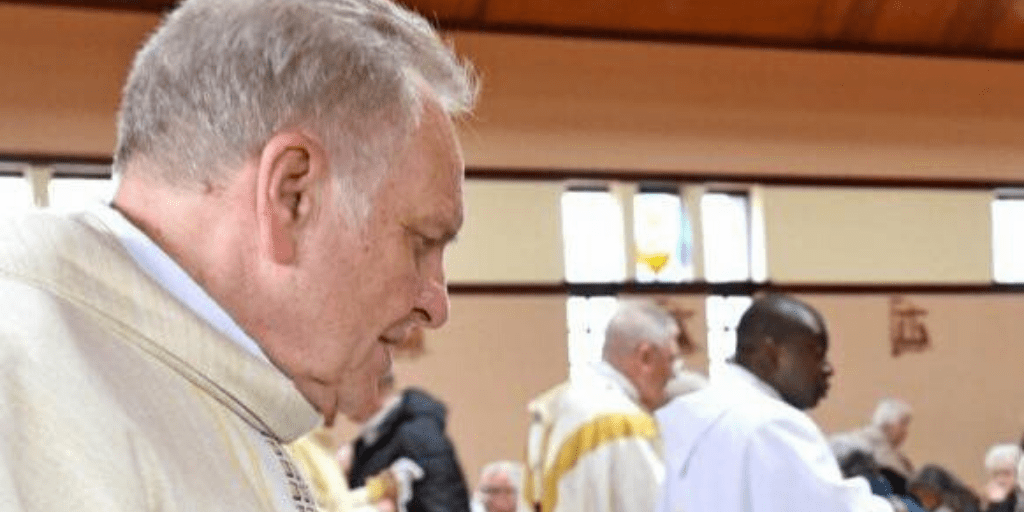 Tributes have been made to Joe Miller, a dedicated priest of St Patrick's Missionary Society, who died peacefully on Tuesday, in Strathcarron Hospice, Stirlingshire.

In our Archdiocese he served in the parishes of St Mary’s in Bathgate, St Francis Xavier’s in Falkirk and, latterly, in St Margaret of Scotland and Holy Spirit parishes, Stirling.

After news of his passing, tributes poured in on our Facebook page from parishioners across the Archdiocese.

Rest in peace Father Joe Millar who died yesterday at Strathcarron Hospice. Fr. Millar was well-known throughout our parishes in Stirling and Falkirk and we keep his family and parishioners in our prayers.

Theresa Leach wrote: "Fr Joe married my husband and myself 37years ago in Malawi and played a special part in my parents' life and ours."

Amanda Timmony Pennock wrote: "Always a pleasure to have him celebrate Mass at St Modan’s High School. He will be greatly missed by our school community."

Anna Reidy wrote: "A 'Staneyburn Bairn', he'll be missed by many and was so well thought off. God Bless you Father Joe."

St Patrick's Missionary Society published the below obituary, highlighting a life dedicated to Christ and His Church.

Fr Joseph (Joe) Millar was from West Lothian, Scotland. After leaving school Joe trained as a baker and worked for five years in the profession. He was very involved in his local parish and was a leading member of the youth group. At that time St Patrick’s Missionary Society was about to open a secondary school for young men who would like to become missionary priests but who had not completed their secondary education. St Patrick’s, Buchlyvie, opened its doors in September 1965 and among its first students was Joe. He was ordained in Our Lady’s Church, Stoneyburn, on the 12th of June 1974.

After ordination Joe was appointed to Malawi where he ministered in the Diocese of Chikwawa. He worked in Molere and in Ngabu. He was also appointed Vocations Director for the Diocese. He returned to Scotland in 1978 to become Vocations Director for the Society in Scotland. Joe returned to Chikwawa in 1982. He worked as Bishop’s Secretary and also taught Bible Knowledge in the Junior Seminary (Mzimu Woyera). In 1988 he returned to Scotland where he spent three years in the Archdiocese of St Andrew’s and Edinburgh. He served in St Mary’s Church, Bathgate and in St Francis Xavier Church, Falkirk. In 1991 he was appointed Superior of St Patrick’s, Buchlyvie. In 1998 he was appointed to the Diocese of Witbank in South Africa. Ill-health forced him to return home after a short while. In 1999 he was appointed to the Society’s Promotion House at East Molesey where he served on the promotion team until 2004. For some of that period in East Molesey he was Assistant Superior for England and Wales and later Superior for England and Wales.

In 2004 Joe returned to the Archdiocese of St Andrew’s and Edinburgh and was appointed Parish Priest of St Margaret of Scotland Parish in Stirling. This was to be his home until 2016 when he retired to Dunblane. They were very happy and fulfilled years and his kind and compassionate ministry to the people was very much appreciated. He was in his element in the midst of the people of God. Joe served in many Society jobs during his nearly forty six years of priesthood. He was a very dedicated and committed missionary priest who found deep personal fulfilment in his ministry to others. Joe had a rock solid faith in the love and compassion of God and he shared it graciously with all those he encountered in his ministry. He had a wonderful sense of humour and his hearty laughter would fill the room as he enjoyed the company of his many friends.

Joe became ill in August 2019. He bore his illness with great courage and steadfast faith, keeping his characteristic good spirits up to the very end. In early March 2020 his condition deteriorated. He died peacefully in Strathcarron Hospice on the 31st of March. May he rest in peace.