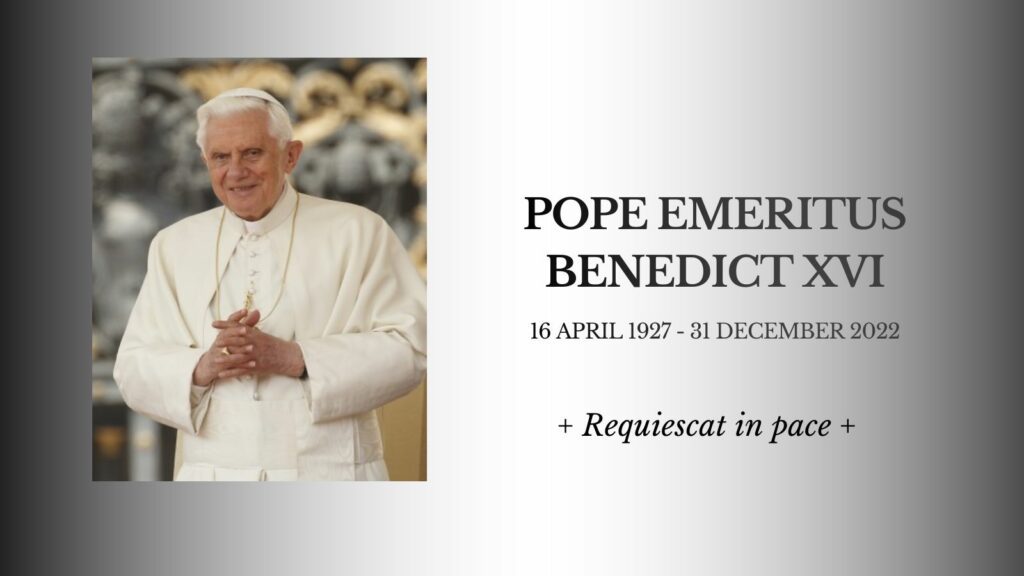 Bishop Gilbert said: “With the passing of Pope Emeritus Benedict, we lose one of the leading Catholic figures of the second half of the 20th century and the beginning of our own.

"By nature a shy and scholarly man and by profession a priest-theologian, he found himself drawn ever more into public life as Archbishop of Munich, as Prefect of the Congregation of the Doctrine of the Faith in Rome and finally as Pope - the first German since the end of the 2nd World War to attain world pre-eminence.

“With sorrow I inform you that the Pope Emeritus, Benedict XVI, passed away today at 9:34 in the Mater Ecclesiae Monastery in the Vatican.

Further information will be provided as soon as possible.” pic.twitter.com/O5dxoPaVkT

"His memorable State visit to the United Kingdom in 2010 began in Scotland.

"The gentle and prayerful intelligence revealed during that visit disarmed his critics. He was often misunderstood, even caricatured. Contrary to a widespread perception, however, he was a resolutely contemporary “confessor of the faith", deeply and critically engaged with modern thought, a lucid and unacademic preacher and pastorally sensitive.

"His bold, independent spirit surprised us all with his decision to resign while in office, the first Pope to do so for centuries.

"He once wrote: 'my basic intention has been to expose the real core of the faith underneath the encrustations, and to give this core its true power and dynamism. This has been the constant direction of my life'. His full stature will surely emerge increasingly. May he rest in peace.”

Archbishop Leo Cushley said: "Pope Benedict was a Bavarian gentleman.  I had the honour of working with him closely towards the end of his time as pope, and I got to see this for myself.

"He was a good priest and a meticulous scholar. He was also quietly kind and available to people. His scholarship and his writing will be remembered in time to come, as will his humility and his humanity.

"Benedict XVI came to Scotland in 2010, visiting Edinburgh before celebrating an open-air Mass in Bellahouston Park, Glasgow. That is a happy memory for many people in Scotland. He will be deeply missed.”