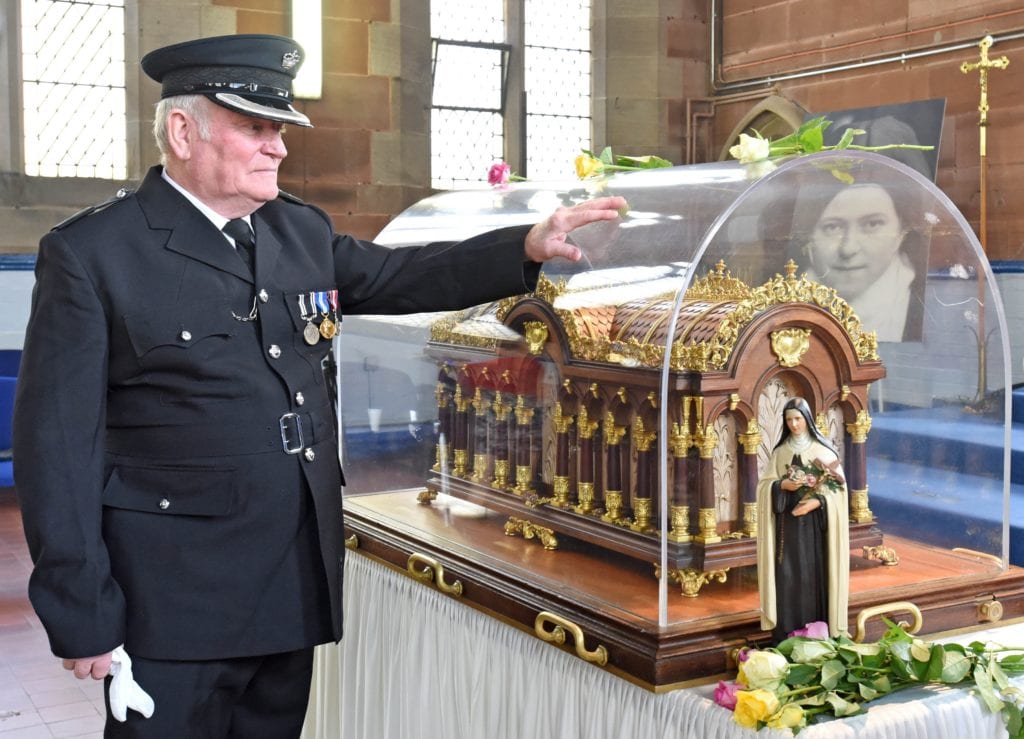 William McGurk might have thought he'd seen it all having worked four decades at HMP Barlinnie, one of the UK's most notorious jails.

But the experienced prison officer was taken aback by the visit of the holy relics of one of the Catholic Church's most famous saints - Thérèse of Lisieux.

As we draw close on a truly remarkable day for the visit of St Therese in Scotland, we leave you with some reflections from those who were at the profoundly spiritual Mass in the prison. St Therese convert Scotland and win us all to Christ.
(1/2) pic.twitter.com/lsQ7ktiljV

"I thought that was very spiritually uplifting," he told Sancta Familia Media. "A lot of the prisoners were saying that as well."

Journalist and historian Tim Stanley was also at Barlinnie to witness the historic visit. He said: "It's a tremendous honour to be here today, both to be with the relics of St Thérèse but also to be with the prisoners, to be invited into their home really - that's what it feels like.

I'm going to prison! Specifically, Barlinnie Prison in Glasgow, where the prisoners have been invited to a special Mass attended by the relics of St Therese of Lisieux, AKA "The Little Flower". At the age of 14, St Therese prayed for the conversion of a convicted murderer - 1 pic.twitter.com/9bAZiqGxgs

Sarah Angus, head of offender outcomes at the prison, said: "Regardless of whether people were religious or not, it's such an event for Barlinnie, it literally must be once in a lifetime.

"There's something special about the story of St Thérèse which I've been learning so much about - her affinity with prisoners - and I think the thought of hope and change is something we very  much want to promote with the guys who are serving time with us."