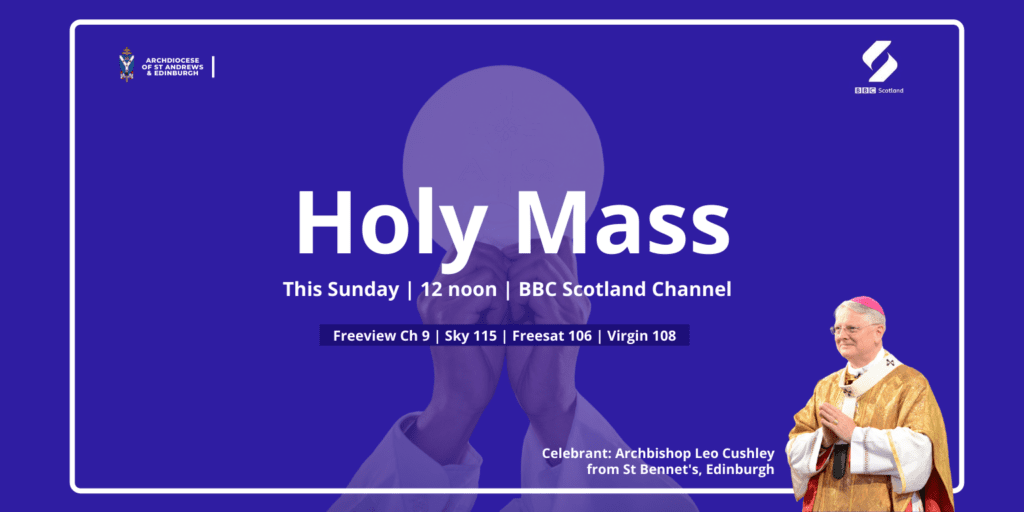 Holy Mass with Archbishop Cushley will be broadcast on national TV this Sunday.

You can watch it on The Service on the BBC Scotland channel, at 12 noon. It's a multi-faith programme covering different religious services each week.

BBC Scotland commissioned a second series in response to high levels of audience appreciation and as part of its ongoing response to COVID-19 restrictions.

Holy Mass will be broadcast on the BBC Scotland channel at 12 noon this Sunday. pic.twitter.com/g909bKdZFX

Gareth Hydes, commissioning editor at BBC Scotland, said: “We know our audiences appreciated this series during the early months of lockdown and we hope they will continue to do so as restrictions start to ease.

"We are committed to representing all faiths as part of our public service offer and connecting those who cannot visit their place of worship during these challenging times.”

The first series of The Service saw Mass broadcast from St Augustine's in Coatbridge, back in June.

Matt Meade, the Archdiocese's Director of Communications, said: "Having another Mass on national television is great news for Catholics who have responded enthusiatically to recent BBC programmes such as Priest School and My First Communion."

Holy Mass with Archbishop Cushley, this Sunday 12 noon on the BBC Scotland channel. Available after on the iPlayer.