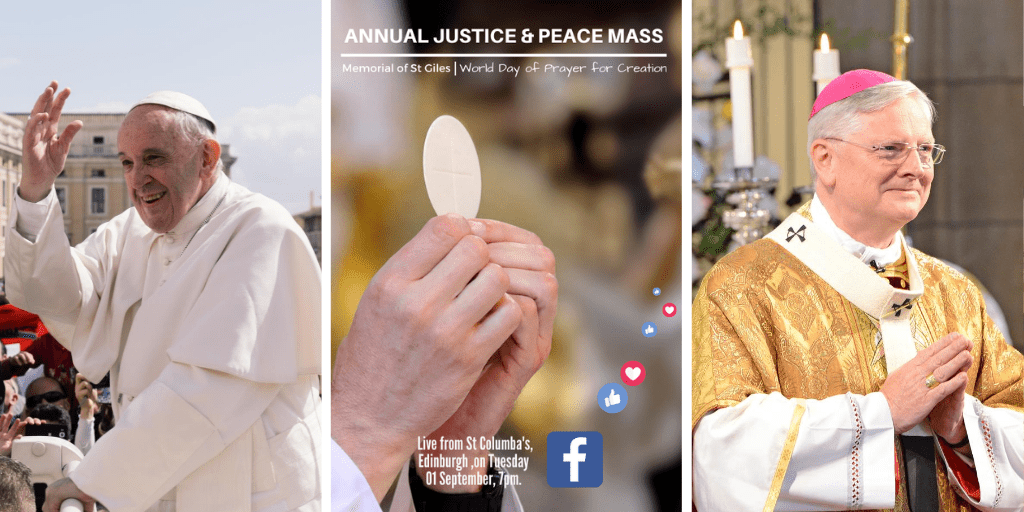 He will be the main celebrant at the annual Justice & Peace Mass at St Columba's Church in Edinburgh, which takes place on the World Day of Prayer for Creation and will be streamed on Facebook at 7pm.

Pope Francis released a video message for September, to highlight the need to respect for the planet’s resources.

He says: "We have to take care of Creation responsibly. Let us pray that the planet’s resources will not be plundered, but shared in a just and respectful manner."

In his homily tonight, Archbishop Cushley will say: "God entrusts the world to us, not for our pleasure and satisfaction, not to behave in a possessive and domineering spirit, but in a spirit after His own heart.

Tomorrow is the Memorial of St Giles, patron of Edinburgh, and the annual Justice & Peace Mass. It's live on our Facebook at 7pm. Main celebrant is Archbishop Cushley. It takes place on the World Day of Prayer for Creation. Find out more at: https://t.co/yyetQOsKfG pic.twitter.com/Q2k53ttzEl

"As we join our Holy Father in this Season of Creation, let’s give thanks for all God’s blessings – of light, of life, of each other, and of his many gifts to us; and let’s take up our duties to our world and to each other, to the glory of God the Creator."

The annual Justice & Peace Mass will be offered for the late Fr Tommy Greenan, who died in May. He was a champion of Justice and Peace and gave many years of dedicated service to the poor in Central America, risking his life for others.

The World Day of Prayer for Creation is the first day of the Season of Creation. Find out more here.