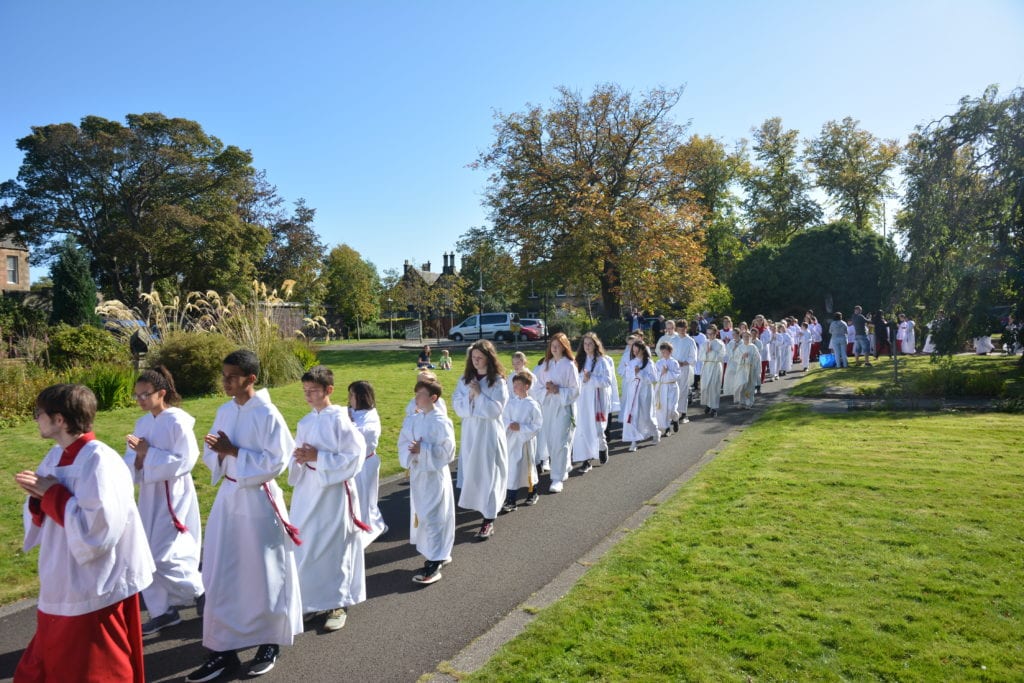 Altar servers made history by becoming the first members of the Guild of St Cuthbert in the Archdiocese of St Andrews & Edinburgh.

Named after a local saint, the guild encourages and rewards faithful altar servers throughout the Archdiocese.

It was a blessing to see so many young people attend our Altar Servers Day on Saturday. pic.twitter.com/fG5J8brOBi

To qualify for membership, each altar server had to serve at ten Sunday Masses, attend a training session and write a short essay. Just over 100 of them were awarded a medal featuring the St Cuthbert’s Cross.

Archbishop Leo Cushley said: “It was a real blessing to see so many young people happy to serve the Lord and being an example to their peers and their parents.

Father Daniel Doherty, Vicar Episcopal for Catechism, said: “There were servers from the four corners of the Archdiocese. It’s so uplifting and encouraging to see such a great turnout.”